Kamado | More than a Grill... a Lifestyle!

Ceramic ovens traditionally used in Japan, with handmade and high quality. A tool to cook at low temperatures and outdoors.

In a Kamado oven, you can bake Pizzas, Bread, you can prepare Grills, Paellas, Chickens and Pork as the Chinese Box style. They are ovens that use coal and/or firewood, a gastronomic trend that has shown that the slowest cuisine is the one that discovers the best flavors.

Why should I have a Kamado?

Integration: The best meeting point to share a unique experience with family and friends.
Versatility: Allows roasting, smoking, baking and wok.
Ecological: Low consumption of coal and/or firewood.
Practicality: With easy and practical use and maintenance. 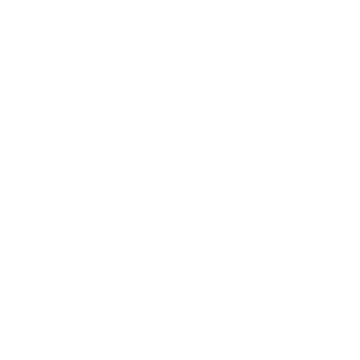 One of the great advantages of kamados over other coal-powered kitchen systems is their reduced consumption due to their original ovoid design, which concentrates the heat and retains it inside. The fact of being closed by a dome prevents, also, that the direct incidence of the wind snatches the coals and consumes them quickly. It can work for long hours with the same load of coal - up to 24 hours at minimum temperature - and allows, once switched off, the reuse of coal not consumed in subsequent cooking sessions. Compared to homologous pieces such as grills, barbecues or ovens fueled by coal or firewood, kamado will always be triumphant thanks to its efficient design with reach at very high temperatures in a short space of time.

Every day there are more renowned chefs and reference restaurants that incorporate Kamados in their kitchens for their great versatility and especially, for their succulent results in terms of flavor and texture. The porosity of the ceramic material of the Kamado favors the absorption of the juices and the fat of the food and the smoke of combustion allows a kind of "curing", similar to that experienced by wine boots or pipes, which respects the natural flavor of food and enhances it by concentrating its aromas inside the dome.

The Kamados generate very little smoke and retain a good part of it inside so that its emissions are minimal about other grilled kitchen utensils such as wood-fired ovens and barbecues. Some prestigious restaurants have already added them to their kitchens, simply by placing them under an extractor.

The Kamados are tremendously safe cooking instruments for two fundamental reasons: first, because coal is contained inside a ceramic vessel located at the bottom of the kamado and cooking is done with its tightly closed dome, which completely avoids the possibility of sparks coming out during use with the consequent fire hazard. Also, although kamados can reach very high temperatures, heat is barely transmitted to the outside, which minimizes the risk of burns when accidentally coming into contact with its surface.

One of the strengths of kamado is, without a doubt, its cleanliness. Fat and ashes are the main enemies when it comes to keeping wood-burning furnaces clean, but this is not a big problem for kamados, in which very high temperatures are achieved that make them act as self-cleaning pyrolytic furnaces where matter Organic decomposes and evaporates as inorganic becomes ash. In this way, the internal cleaning tasks in a kamado are reduced practically to the collection of the ashes after their use; it becomes a quick and extremely simple task.

Kamados are made with high-tech ceramic compounds and can last a lifetime and even pass from generation to generation.

These fabulous ceramic ovens could be extended to other planes such as the aesthetic one, as it is quite obvious that with their elegant ovoid silhouette and the lustrous and sometimes colorful finish of their exterior cladding they contribute to the decoration.